Our Jailbreak 9.0.2 category contains in-depth tutorials for the iOS 9.0.2 jailbreak from Pangu and information for iOS 9 based devices. Additionally, readers will find the jailbreak status of the latest iOS 9.0.2 devices, including the iPhone 6S Plus and iPad models. 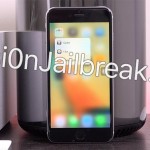 Best Cydia Tweaks for iOS 9.0.2 Jailbreak before iOS 9.1 and iOS 9.2, November 2015 - Today, while jailbreakers the globe over eagerly await a new iOS 9.1 jailbreak that will also support the forthcoming iOS 9.2 release, we decided it would be a good time to reignite interest in the current latest jailbreak: pangu9 for iOS 9.0.2. Although the jailbreak neither supports iOS 9.1 nor iOS 9.2 (beta), that hasn’t stopped jailbreak developers from updating their tweaks and creating new ones! In this article, we’ll not only share 10 of the best Cydia tweaks for November, 2015, but we’ll also feature a constantly updated list of all iOS 9 compatible jailbreak tweaks found in Cydia - for the complete list, continue onward past the break. END_OF_DOCUMENT_TOKEN_TO_BE_REPLACED

How to Jailbreak iOS 9.0.2 Untethered Pangu 9 1.2.0 iPhone 6S Plus, 6S, 6, iPad Air 2, Mini 4 Tutorial on Mac OS X or Windows - Wow, today couldn’t be any more exciting for jailbreak enthusiasts the globe over, Pangu unexpectedly released a new jailbreak iOS 9.0.2 utility late last night that’s capable of delivering the first iOS 9 jailbreak on all devices! In spite of iOS 9’s increased security measures, dubbed “rootless” internally, Pangu was able to release a jailbreak for 9.0.2 faster than they did last year for iOS 8. Thankfully, we can now jailbreak 9.0.2 on the iPhone 6S, iPhone 6S Plus, iPhone 6, iPhone 6 Plus, 5s, 5c, iPhone 5, 4s, iPad Air 2, iPad mini 4, iPod Touch 6th generation, 5th gen and all other iOS 9-based iPad models! Beyond all the features implemented in iOS 9, including better battery life and performance, a Siri and multitasking redesign, deep  Spotlight searches and proactive capabilities, iOS 9.0.2 includes support for Apple’s latest hardware, namely the iPhone 6s. If you’ve been holding out on updating to iOS 9 or 9.0.2 until now, this is the perfect time to do so - continue reading for complete instructions on how to jailbreak 9.0.2 with Pangu! END_OF_DOCUMENT_TOKEN_TO_BE_REPLACED

Downgrade iOS 9.1 to 9.0.2 And Jailbreak iOS 9 with Pangu; All iPhones, iPads and iPods - A mere four days ago Apple issued iOS 9.1 to the general public, which effectively patches the Pangu Untethered iOS 9 through 9.0.2 Jailbreak. While it currently remains possible to jailbreak both iOS 9 and iOS 9.0.2, Apple’s latest firmware is a different story. However, as of writing this article, it remains possible to revert your device by downgrading from iOS 9.1 to 9.0.2. As with all good things though, the window for downgrades won’t last, Apple could cease the signing window for 9.0.2 as early as tomorrow! Therefore, the staff of Evasi0n Jailbreak opted to bring our readers a simple and straightforward guide to empower them to easily downgrade iOS 9.1 to iOS 9.0.2 in order to once again jailbreak. For those of you interested in downgrading to iOS 9.0.2 with intent to jailbreak via Pangu, continue reading past the break.  END_OF_DOCUMENT_TOKEN_TO_BE_REPLACED

Jailbreak 9.0.2 Untethered Update, Apple Releases iOS  9.0.2, TaiG or Pangu Jailbreak? - Earlier this morning, exactly one week after the unexpected iOS 9.0.1 release, Apple issued iOS 9.0.2 to the general public, being the second minor installment to iOS 9 since its initial availability on September 16th. At this point, you’re undoubtedly curious as to whether we can jailbreak iOS 9.0.2. Unfortunately though, like the firmware’s predecessor, and every iOS release since 8.4.1, iOS 9.0.2 still utilizes Apple’s TaiG jailbreak-patching solution - i.e. we cannot jailbreak 9.0.2 using the current suite of jailbreak tools. As for the firmware itself, unlike the rather massive iOS 9.0 update, which introduced a plethora of new features (including added Siri functionality, deep searches, quicker app navigation, revised multitasking and much more), 9.0.2 is an incredibly minor release focused on addressing various complications introduced in iOS 9. For additional information on iOS 9.0.2 and how it affects jailbreaking, continue past the break. END_OF_DOCUMENT_TOKEN_TO_BE_REPLACED 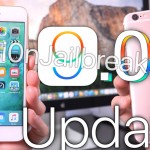 iOS 9.0.2 Jailbreak Update and iOS 8.4.1; Pangu, TaiG, k33n and More - Today, just over a week having passed since Apple issued iOS 9.0.2 to the general public, we wanted to provide an update and inform you of the latest jailbreak status (particularly for iOS 9.0.2). So, what’s changed since last Wednesday’s release of iOS 9.0.2? Interestingly, not a lot, but we do have intel on what TaiG and Pangu may be planning in relation to a jailbreak for iOS 9.0.2. Moreover, for those of you running iOS 8.4.1 (the last release of iOS 8, which patched the former TaiG 8.4 jailbreak utility) we have equally great news as far as jailbreaking is concerned. Today’s article will be a short, and condensed, status update article, which really acts as part two of our constantly up-to-date article discussing the iOS 9 jailbreak status. For more details on iOS 9.0.2, 8.4.1 and new jailbreak developments, continue reading past the break. END_OF_DOCUMENT_TOKEN_TO_BE_REPLACED 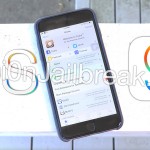 Jailbreak iOS 9 Untethered Update; TaiG, iH8sn0w, Pangu or K33n, How to Jailbreak iOS 9.0 following Release? - Today, ensuing iOS 9’s release, let’s discuss the future of jailbreaking, particularly where iOS 9.0.2 is concerned. In spite of the latest TaiG jailbreak for iOS 8.4 having been patched by Apple’s 8.4.1 release last month, developers on the jailbreak scene are already looking to the future as iOS 8.x becomes a set of firmware releases from the past. First, before we talk about a potential iOS 9 jailbreak, it’s important to realize the release timeframe for the first installment of Apple’s next major mobile operating system. iOS 9 was first unveiled at Apple’s 2015 WWDC (World Wide Developers Conference) in June, since then the firmware has gone through five developer-exclusive betas and three public beta releases before being issued to the public on September 16th. With Apple’s September 9th having recently passed, the company unveiled not only the iPhone 6S and iPhone 6S Plus, but also the much-rumored iPad Pro and iPad mini 4, as well as the Apple TV 4, all of which (save the latter) are crucial when predicting the release of the next jailbreak. However, before skipping ahead to future devices, we have a lot to discuss first. Continue past the break for more on iOS 9 and jailbreaking! END_OF_DOCUMENT_TOKEN_TO_BE_REPLACED